This is how your team will be champions too

High performance teaming, a group of Executive MBA students was ready for the master class. What is needed to get a team to rise above themselves? I had promised to explain how the Netherlands could have outperformed this immensely.

‘It’s that price winning coach, Louis van Gaal, right?’ ‘No, no. He certainly wasn’t bad, but he was not the determining factor.’ ‘Oh, then it must have been the star players, Robben, Sneijder and Van Persie?’ ‘No, it’s not Robben, nor is it Sneijder and it most centainly was not Van Persie! No, it’s Dirk Kurt!’ They looked at me with disbelief. Dirk Kuyt, is an old soccer player, who is above average at best. I laughed, and together we checked how theory came to life in this example. 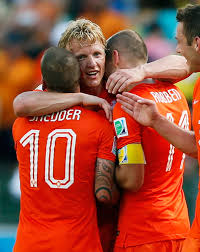 More than a team

We agreed unanimously that the Netherlands had good to great soccer players. But also, that they often did not collaborate that well. A good example of the known problem that a team with top players often performs surprisingly poorly. What was especially noticeable, was this: whether Dirk Kuyt was sitting on the couch or walking around the field (it’s hard to catch him just standing), he was always encouraging, appeasing and complimenting fellow players.

On or of the field Dirk is energetic, enthusiastic and engaged. He drags, runs and goes the extra mile. You can be sure he, if necessary, will be crawling on his knees to chip in his best. Dirk is a, no quitting, all-in soccer player.

Dirk suffers from a cramp, but wants to go on.

Dirk wants to win. It is remarkable how he celebrates every little victory. And he celebrates with everyone involved. Even at loss he was the one who led his colleagues in thanking the audience. 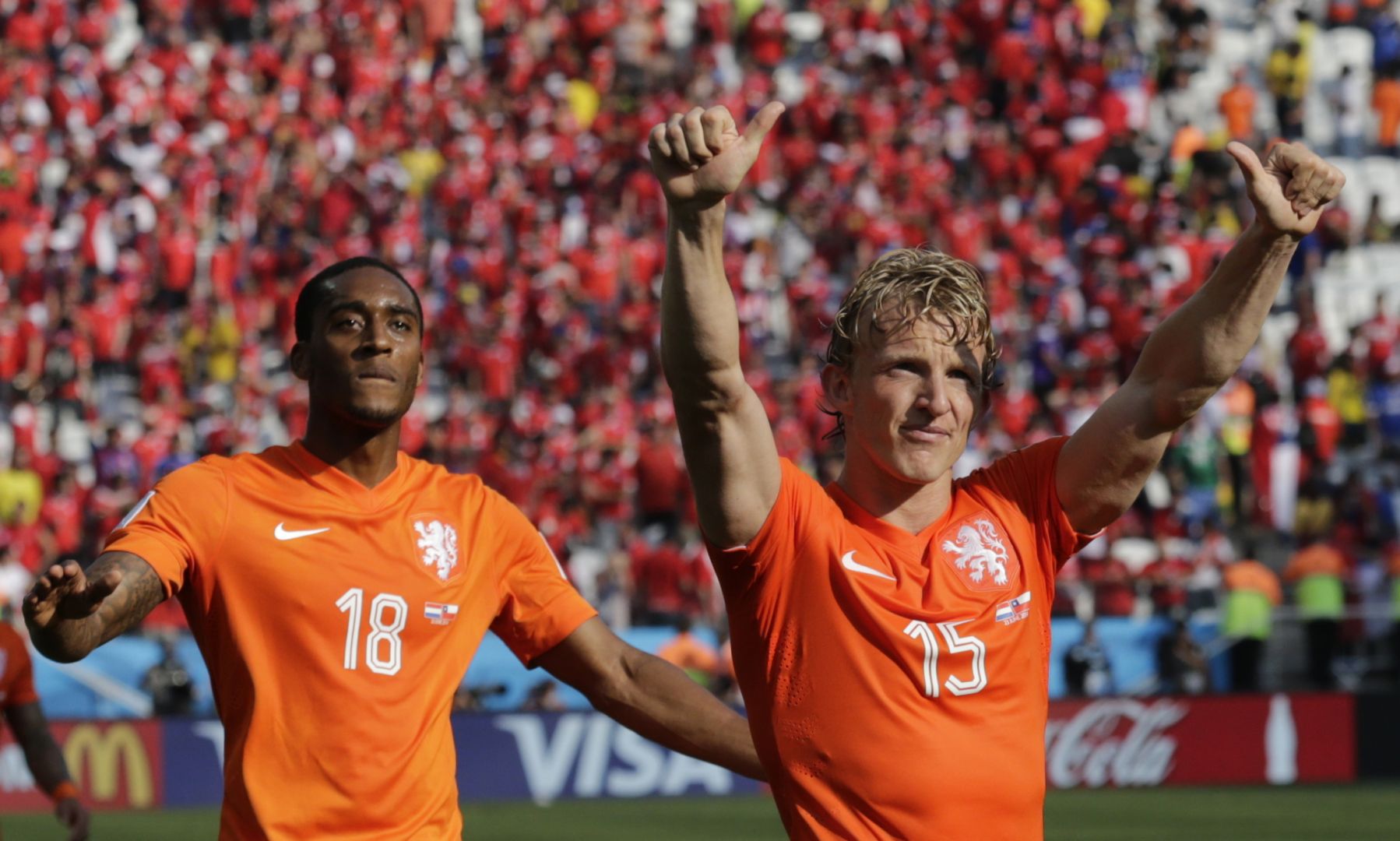 Dirk thanks the audience.

More from yourself, and others

Others have better developed soccer technique. Quite some are more athletic. Dirk is not just being modest. He is very self-conscious: he knows both his limitations and his strength. His strength being that he plays with his heart. In the game for the third place he was the one who suffered a head injury. He had it stapled shut and shook hands with the causator: ‘Such things happen.’ And when off the field, you will still see him doing his utmost to get the best out of his team. 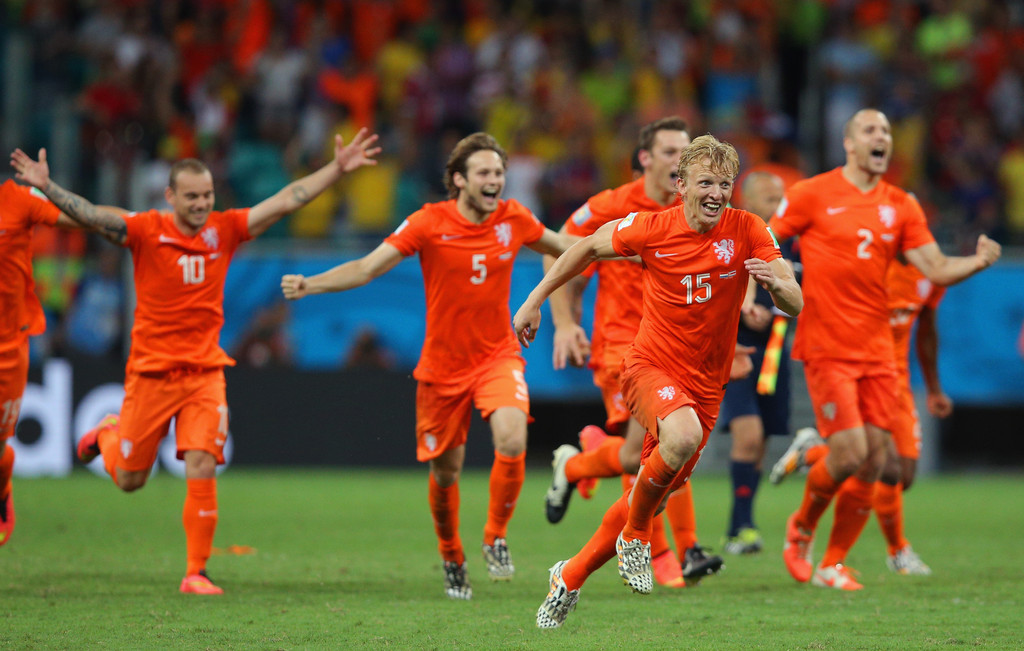 Dirk shows his colleagues how to congratulate and thank keeper Tim Krul.

More from the heart

The heart and soul with which Dirk does everything in his life is exceptional. Where you might suspect that charity is a PR thing for many others, you know this is not the case for him. And when he left Feyenoord, he promised to ‘one day’ come back. Intuitively everybody knew those were no empty words. How he announced to redeem the promise was exemplary. You’ll see it in this video:

The students were convinced. Also they noticed how the Dutch team collapsed after what looked like Van Gaal’s departure. But not by accident, Dirk also left. Too old, so logical, right?

But who is surprised that Feyenoord wins the championship with Dirk’s hattrick? No one who will compare him to Johan Cruyff, who, in genius revenge to his former employer Ajax, lead Feyenoord to a championship. But for anyone who wants to create a High Performance Team that wins championships: search, find and cherish a Dirk Kuyt! 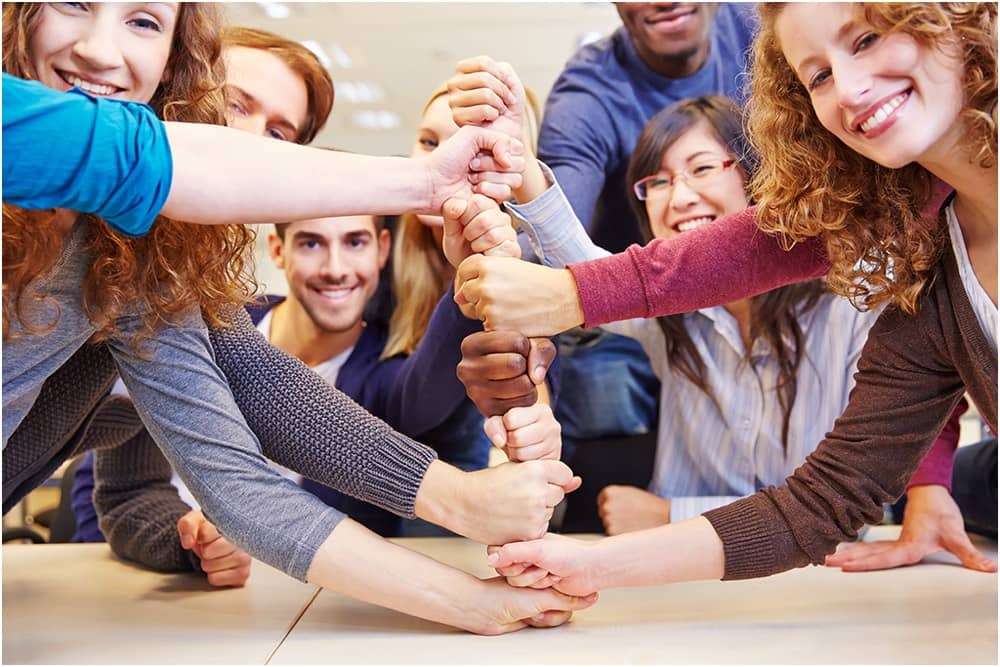 During a Happy High Performance Teaming Workshop, participants learn how to get the best out of themselves, and each other, as well as how to apply what they learned, in their practice. Participants work (together) more effectively and efficiently.

Our blog posts, news, webinars and special offers automatically in your inbox?

About the Author: Gustaaf Vocking

Gustaaf started out a Colombian orphan. Now he helps people and organizations grow through coaching, training and consulting. Main areas of expertise: leadership, communication and brain skills. In addition, he developed into an expert in the field of nutrition and vitality. He works, connects and co-creates passionate ambitious managers, experts and professionals around the world. 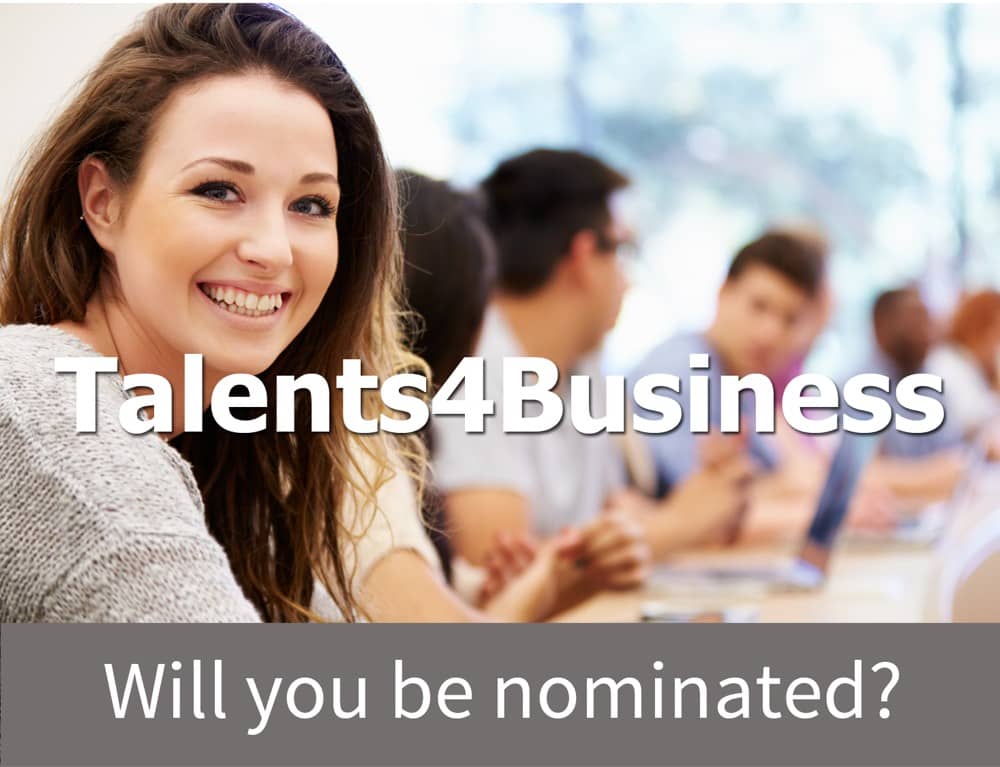 Power2Improve – your power to improve yourself

Besides directly applicable theory that will give you results, optimal development requires a healthy body, a healthy mind and an optimistic attitude. Therefore, we work from the principles of life coaching, vitality coaching, appreciative coaching and Positive Psychology. Where it helps and is needed, complemented with Oriental theories and practices. We work evidence based: from research and – especially – if it works for you.